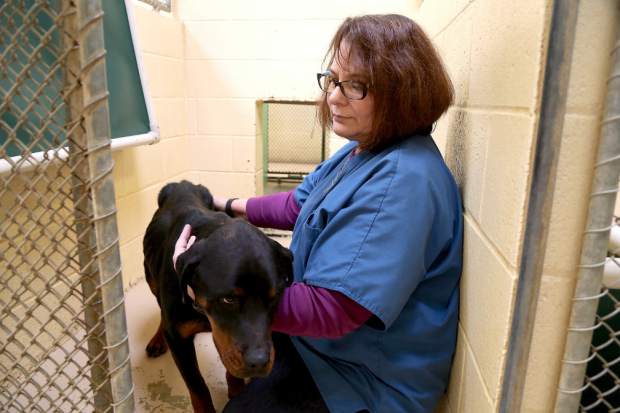 This article appeared three years back in our local paper, THEUNION. As I was offering him Reiki, Bentley kinda fell into my arms. Such a sweetie.

Animal Reiki is more hands-off than hands-on, depending on the individual critter, but this is still a nice article they did on me! 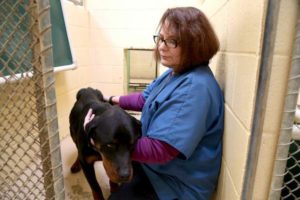 “Most animal lovers know their pets are exponentially more intuitive than their human counterparts.

So it’s not surprising that holistic and alternative healing methods are becoming more common among pet owners, veterinarians and shelters.

Reiki is one of these rapidly growing techniques — one that dogs, cats and even goats are benefiting from at the Nevada County Animal Shelter.

Michelle McKenzie, who works at the shelter several days a week, became interested in Reiki a little over a year ago.

Michelle began pursuing an education in the modality, eventually becoming a Reiki master and teacher.

Reiki is a gentle, noninvasive energy system that promotes healing and eases anxiety and fear.

McKenzie, who is also a life coach, initially learned how to perform the technique for people, but was immediately drawn to how it affects animals.

“I would say everything I do is about animals.”

A lifelong animal lover, McKenzie owns several dogs and cats, as well as fosters animals from the shelter.

She also owns a donkey, who loves Reiki, as well as a horse — who she says finds Reiki a little annoying.

One of the difficulties in working with animals is the limited vocal feedback, she says.

However she often sees definite and immediate positive effects.

The practice is essentially based on the ubiquitous life force energy that flows through everyone.

McKenzie notes that the energy isn’t her own, but flows through her. It allows her, and other practitioners, to connect with animals on another level.

“It’s all very calming,” she said. “The animals do, for the most part respond; some of them are just tougher nuts to crack.”

She adds that there is an abundance of anxiety at the shelter, so the opportunity to calm fears is welcomed.

“I can’t really quantify it,” McKenzie said. “There’s a lot of research being done. It definitely helps with disorders and anxiety.”

A number of studies have been done on Reiki (for humans) in recent years; the system is gaining acceptance at hospitals and hospice centers across the U.S.

“I am a strong believer in the concept of energy transference and believe that it might have some benefit to the dogs,” said Mercier-Ward, who has worked on more than 16,000 dogs. “There is so much in our universe that we do not understand or know. I am going to err on the side of Reiki is good for animals.”

Those receiving Reiki benefit most from several sessions (each between 45 and 60 minutes).

While she is limited in the time and duration she can work with dogs at the shelter, McKenzie has begun giving Reiki (to people and pets) in private sessions, as well as teaching it to pet owners.

For more information about McKenzie’s Reiki sessions, go to https://www.mypurposepath.com.

This site uses Akismet to reduce spam. Learn how your comment data is processed. 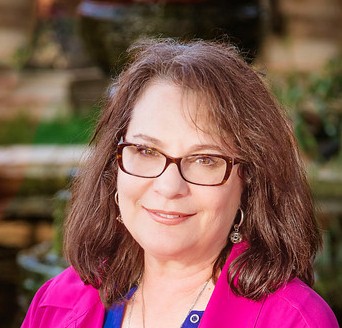